The first time Xavier Harris, 21, visited the new skate park in Jersey City, N.J., it was July, and the course was still being built. So he scaled a temporary fence to get inside. The second time, Mr. Harris, who started skateboarding when he was 9, crawled under a chain-link fence.

Just after it officially opened in August, he rode his skateboard through the open gate, rolled down a ramp, maintained his momentum and finished by bounding over a blue recycling can.

“I just want to flow around,” said Mr. Harris, a garbage collector from East Orange, N.J.

From New Jersey across the Hudson River to New York, skateboarders are now enjoying many more places to flow at a time when outdoor space has become more coveted with the coronavirus resurging.

In New York, as the city slowly reopened, officials unveiled two new parks in Brooklyn and two others, one each in Manhattan and Queens, that were given major upgrades.

At Rockaway Beach Skate Park, which sits along the Queens waterfront, skateboarders jumped down steps, rode railings and sped along concrete banks across the park’s 16,000 square feet.

“We came out here surfing, saw them working on it and were like, ‘Is it open yet, is it open yet?’ every time,” said Keir Austen-Brown, an avid skateboarder like his son, Ollie, 11. “When we saw it open, we were here the next day.”

With skateboarding now an Olympic event and the number of skate parks on the rise, a sport long seen as renegade has become decidedly mainstream. Skateboarders who had to find out-of-the-way spaces, sometimes in desolate neighborhoods or in spots where they risked being chased away by the police, to hone their skills are finding skate parks part of the conversation when cities reimagine their urban landscapes.

“If you’re really going to be a world-class city and you’re going to invest in recreation, you need to think beyond traditional sports,” Steven Fulop, Jersey City’s mayor, said. “Thus, we’ve invested in our first skate park and we’re probably going to be doing more.”

In New York, skateboarders who were largely relegated to makeshift courses underneath bridges now have 39 skate parks run by the department where they can test their daredevil moves. 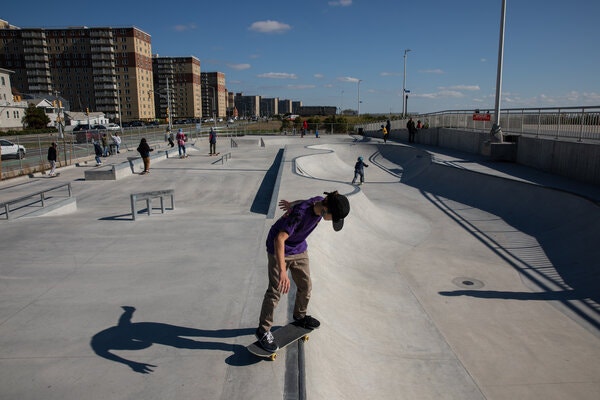 “I can sit for hours and you’re amazed at skaters from like 30 cultural backgrounds playing in the space the size of a basketball court in total harmony,” Mr. Maher said. “It’s something to watch.”

For Josh Goldberg, 47, and his son Pablo, 13, trips to some of the new skate parks was their escape from being cooped up in their Brooklyn home during the lockdown. Mr. Goldberg led his son, a dedicated skater who aspires to work in the growing industry, down some steps at Riverside Park in Manhattan, where they slipped through a fence to catch a glimpse of the renovated skate park there before it opened. They noticed that the wood ramps had been replaced by smooth concrete.

They also sneaked a peek at a skate park being built in Brownsville, Brooklyn, and on a recent Saturday they were enjoying the new course in Queens with friends. 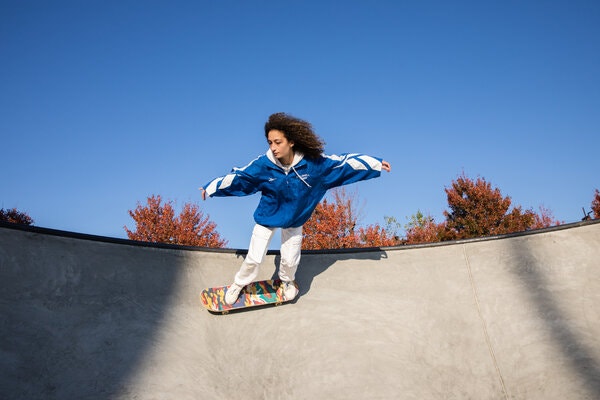 In New Jersey, the debut of Jersey City’s inaugural skate park was the culmination of years of struggle by local skate skateboarders, who had grown accustomed to working on their boards on the steps of a post office or in abandoned lots.

One of the more popular spots was nicknamed the “Junk Spot,” a remote area next to the New Jersey Turnpike. But as Jersey City has gentrified, developers have claimed many of these lots, squeezing out skateboarders.

The skaters tried to create their own dedicated space, but funding was a challenge. City officials eventually took up their cause, and with the help of private grants the skate park project, which took seven years and nearly $900,000 to complete, took shape at the end of an industrial block not far from the Liberty State Park.

Once open, a sign in all-capital letters warned: SKATING IS AT YOUR OWN RISK, and an eclectic crowd rolled in, from 4-year-olds learning to transfer their weight on skateboards to 40-somethings looking to shed pounds.

Inevitably, there were collisions and spills.

“You might get hurt, but I never heard about anybody dying in skating,” said Federman Acosta, 26, a frequent skateboarder from Edison, N.J., who welcomed the growth of skate parks after years of dodging cars while practicing on the street.

“I have,” Jeremy Picado interjected.

In 2005, Mr. Picado, 38, who lives in Plainfield, N.J., suffered a concussion after a fall, was hospitalized for a week, endured memory loss and quit skating. But he started again in 2013, and helped build the Jersey City skate park as a construction worker. He now teaches children to skateboard on weekends.

“It’s an addiction to the adrenaline,” he said. 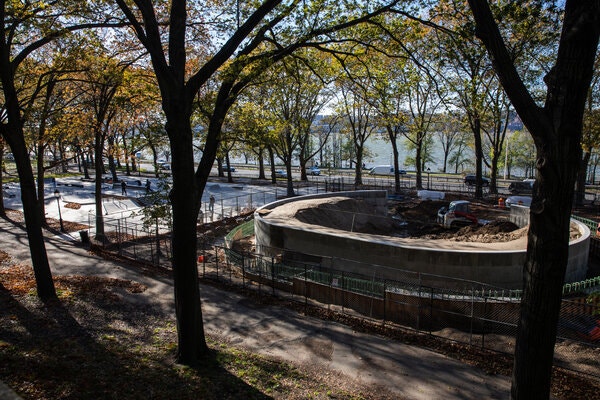 Mr. Harris said he had always found calmness and camaraderie in the skateboarding scene. His father gave him a skateboard when he was 9, worried that he was depressed and spending too much time inside after he and his wife separated.

After landing a twist at the Jersey City park, he looked up after hearing a buzzing sound above.

In fact, it was. It turned out that Derek McRae, a local rapper who goes by Mr. Cashed Out, was using the industrial tableau surrounding the skateboarders as backdrop for music video.

The drone recorded him standing in the middle of the concrete bowl as he rhymed a remix of Jack Harlow’s “Whats Poppin” with skateboarders whirling around him.

The park was illuminated after sunset, but at 9 p.m. a police S.U.V. nearby flashed its lights to signal closing time.

“Basically, they monitor us,” said Bebe Freeman, 20, a student at Rutgers University, who learned to skateboard from her mother. “A little weird.” 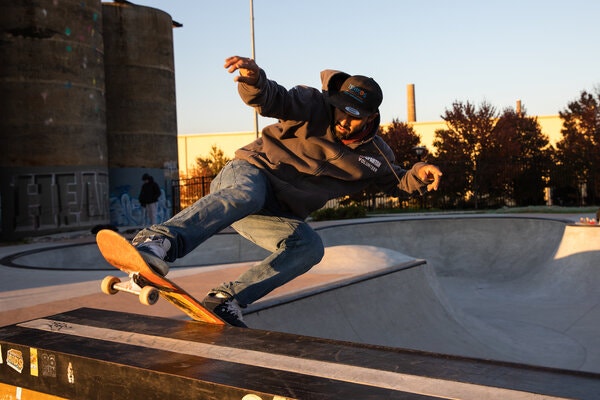 “We’re undoubtedly in a boom phase,” said Ian Clarke, founder of the N.Y.C. Skateboard Coalition. “We know historically skateboarding has ebbed and flowed, and we won’t be surprised if we see that again. But it’s not going away.”

On a recent chilly Sunday at Riverside Park, Tyler Harl, 34, wore a brown hoodie as he descended the terraced landscape. Raised in Arizona, he started skateboarding when he was in the third grade. He has shuttled between Arizona and New York for the past decade and enjoys the tranquillity of early-morning skateboarding by the Hudson River.

Most of the park was open except for the final piece — an 11-foot-deep concrete bowl.

Mr. Harl picked up a broom and pushed fallen leaves away to clear his path.

“Now that acorns are done falling, it’s a lot easier to skate around,” he said.