How Republicans in N.Y. Are Responding to the Election [Want to get New York Today by email? Here’s the sign-up.]

Weather: Mixed sun and clouds, turning gusty in the afternoon with a chance of rain. High in the mid-40s. Overnight, it could reach freezing. 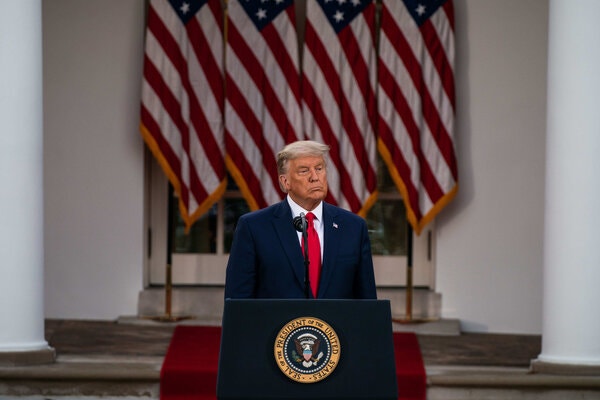 It was not long after the polls had closed on election night when Nicole Malliotakis, a Republican state assemblywoman, had seen enough: She correctly declared an early victory in her House race against Representative Max Rose.

But Ms. Malliotakis has yet to acknowledge Joseph R. Biden Jr. as the president-elect, nor has she publicly disputed President Trump’s baseless claims of widespread voter fraud.

“There is no reason to rush the issue,” she said in a statement on Monday. “President Trump and his team have every legal right to wait for a complete count and certification of the results.”

Upstate in the Finger Lakes region, however, Representative Tom Reed, a moderate Republican, has congratulated Mr. Biden, writing on Twitter, “We are ready to come together, work as one and help all Americans through the difficult times ahead.”

Still, many of New York State’s top Republicans have stayed largely silent about both Mr. Trump’s refusal to concede and his spreading of misinformation. (On Monday, the president again amplified a false narrative, tweeting, “I WON THE ELECTION!”)

Republican members of Congress do not want to alienate voters in their districts.

Mr. Trump remains deeply popular in many districts where Republicans won seats, which might explain the trepidation from those candidates or lawmakers to criticize him, my colleague Jesse McKinley, The Times’s Albany bureau chief, told me.

Mr. Reed was the only Republican in New York’s current congressional delegation who confirmed with The Times that he recognized Mr. Biden as the president-elect. The state has no Republican U.S. senators.

Among the other Republicans, Representative Chris Jacobs, who won a special House election in June in Western New York, said in a statement on Friday that Mr. Trump had “the right to ask for every legal vote to be counted.”

“I know from my own experience in the special election this summer that the ballot counting, and certification process can take time,” he said. “We need to let the process work to ensure accuracy and fairness. Every legal vote must be counted transparently — the health and integrity of our electoral process relies upon it.”

And in an interview on Monday, Representative Peter T. King, who did not seek re-election on Long Island, stopped short of using the term president-elect, though he presumed that Mr. Biden “would get the most votes from the Electoral College.”

He also said that Mr. Biden should start receiving intelligence briefings; Mr. Trump got these daily updates right after his election four years ago.

Representatives Lee Zeldin, Elise Stefanik and John Katko, as well as the New York State Republican Committee, did not return requests for comment. Ms. Stefanik and Mr. Zeldin, in particular, are staunch allies of the president.

The split between liberal and conservative areas may become more stark.

“The divide between upstate Democrats and Republicans in more rural areas is growing,” Mr. McKinley told me, adding that the equation is trickier in the suburban, moderate districts surrounding New York City. “It’s there that candidates may need to start to balance ‘count every vote’ with ‘it’s time to concede.’”

Still, unlike in other states, top Republicans in New York have not made claims of rampant voter fraud.

“The consensus is that the election was fairly well handled, and in most cases, the G.O.P. was winning from machine counts on election night,” Mr. McKinley said. “Now that the absentee ballots are starting to get counted — and Democrats are winning those margins overwhelmingly — you may start to hear some of the same complaints and allegations that the Trump campaign has been spinning.”

Tourism, Engine for N.Y.C. Economy, May Not Fully Recover Until 2025

No Papers, No Jobs: The New Street Vendors of Queens

Why Cities Are Finally Showing Skateboarders Some Respect

Nassau County had some of the highest coronavirus case numbers outside of New York City. A county executive recalls the first wave. [The New Yorker]

Across the country, tens of millions of viewers tune in every weeknight to watch Alex Trebek host “Jeopardy!” New York City is home to some of the game show’s most ardent fans, as well as many contestants who in recent days have fondly recalled Mr. Trebek, who died last week. He was 80; his final episode will air on Christmas Day.

Lee DiGeorge, 40, a schoolteacher from Queens, is a lifelong “Jeopardy!” fan who appeared on the program in 2018. Mr. Trebek, he told me, had joked that he could tell Mr. DiGeorge was a New Yorker by how often he talked with his hands.

“Alex Trebek was the kind of guy who would pick up a coffee and talk with you all day if he could,” Mr. DiGeorge said.

Emily Sun, 23, was a freshman at Columbia University when she competed on “Jeopardy!”

“Alex has always been something of a figure for communion for me, ever since my childhood years,” she said. He was the “kind and patient and dignified” person she had imagined him to be.

My colleague on The Times’s Metro desk Patrick McGeehan was also a contestant (like several other Times staff members.) He told me that despite his career of reporting on Wall Street and New York City’s economy, people were most interested in his time on “Jeopardy!”

He described Mr. Trebek as someone who never made it feel like there was one winner and two losers at the end of each game, but who rather celebrated each contestant for trying.

“He treated people so kindly and seemed genuinely interested when he asked people about themselves,” Mr. McGeehan said. “I think we all need more of that.”

Through the decades, Mr. Trebek had asked dozens of questions about New York City, including, “It’s the only borough not connected to Manhattan by a bridge,” and “The heart of Little Italy is this street also found in a Dr. Seuss book title.”

Q: This day comes after Monday. A: What is Tuesday?

Metropolitan Diary: Up on the roof 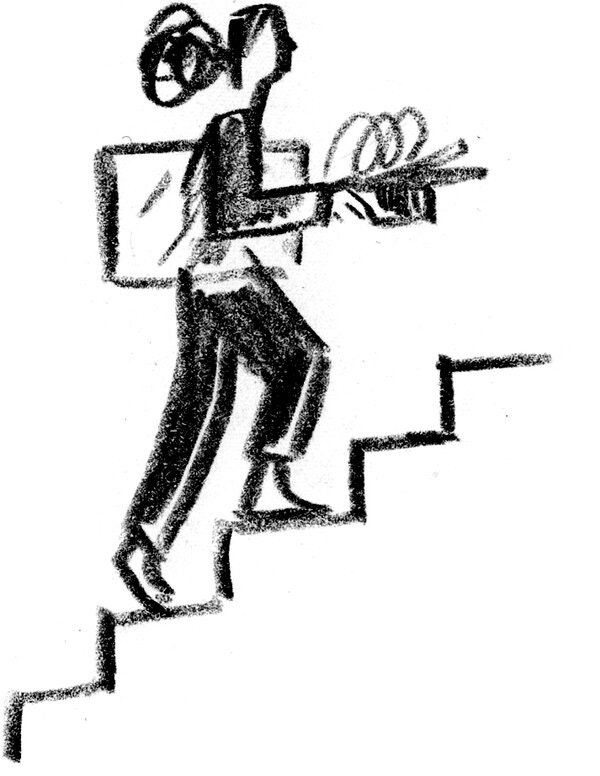 The homework assignment for my digital photography class involved making a cyanotype, a 19th-century developing process that produces prints using sun and water as a fixative.

To complete the assignment, I carried a cake pan, a pane of glass, a white collar, a green wire and a package of blue papers to the roof of my building.

Two women I had never met were on the roof when I got there. Thinking that they would find the obscure procedure I was undertaking bizarre, I told them that I was making something called a cyanotype.

They quickly cut me off.

New York Today is published weekdays around 6 a.m. Sign up here to get it by email. You can also find it at nytoday.com.

We’re experimenting with the format of New York Today. What would you like to see more (or less) of? Post a comment or email us: nytoday@nytimes.com.